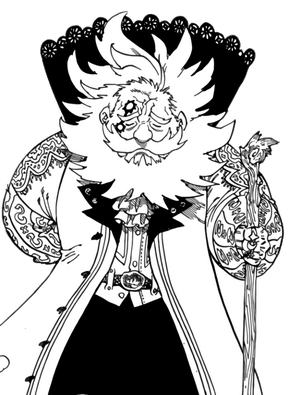 Chandler is an elite member of the Demon Clan and the mentor to Meliodas.

Stamina: Very High; able to fight against the Seven Deadly Sins for an extended period of time.

Intelligence: Extremely accomplished mage with a range of magical abilities.

Standard Equipment: A Staff and a Sword

Weaknesses: Absolute Order will be nullified if the mark is smeared.Holy Light Magic

Demon: Chandler is a demon, and can access his demonic heritage to give himself a large boost in physical capacity as well as other abilities. At night, his Magic Power increases.

Community content is available under CC-BY-SA unless otherwise noted.
Advertisement